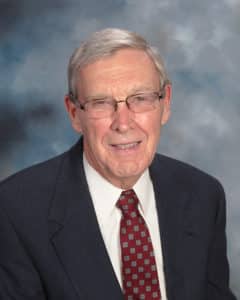 MINNEAPOLIS — After 40 years of leading Diversified Plastics, Inc. to success, James R. Dow retires as president. Succeeded by Kevin G. Hogan in August 2017, Dow will continue to serve as chairman of the board for Diversified Plastics, an award-winning, custom plastic-injection molder of high-precision thermoplastic components.

“As a result of Jim’s exceptional leadership, the company has a firm foundation,” says Hogan. “From this position of strength, Diversified Plastics is advancing with a growth initiative for continued success and prosperity.”

Dow and William J. Cullen founded the company in 1977 with 13 employees and three machines, operating from a 2,500-square-foot facility. Diversified Plastics has grown to include over 75 employees and operates from a 52,000-square-foot facility with state-of-the-art equipment. Diversified Plastics provides exceptionally high-quality parts that meet high-tolerance guidelines. These parts can be found in developing nations creating clean water, in lithium-ion batteries, dental X-ray machines and NASA’s Juno spacecraft instruments. In November 2011, the company was sold to its employees through an employee stock ownership plan (ESOP).

“Since the early days, we have had a family culture at Diversified Plastics,” says Dow. “When planning for retirement, I met with several potential buyers who made good offers. I was concerned that long-term employees would be terminated through consolidation or relocation. I believed that they deserved better. So, the employees became the owners.”

Prior to founding Diversified Plastics at the age of 40, Dow held various positions at an electronics firm for over 13 years. Dow also served in the U.S. Army for four years, achieving the rank of captain. He graduated from Yale University with a Bachelor of Arts major in American studies.

“Jim created a safe environment for employees to develop new skills, take risks and learn,” says Annette Lund, vice president of Diversified Plastics, Inc. “I started working at Diversified Plastics as a receptionist. Jim encouraged me to complete my degree and passed along his technical knowledge. A mentor and a friend, he has truly helped me get to where I am today.”

Dow strongly believes in giving back to the community. Dow and the Diversified Plastics team participate in many charitable activities every year, including providing school tours to educate youth about opportunities in manufacturing. Involved in the Rotary for over 30 years, Dow has served on several boards including DEED, North Hennepin Area Chamber of Commerce, North Hennepin Community College Foundation and others. Dow has also created curriculum for upper-level molding technicians for a local college.